What’s on our wish list for a jolly season?

It’s that time of year—the holiday season has officially kicked off. Holiday sweaters are making an appearance, the carols are cranking and wish lists are being written. Seeing that we’re partial to all things homes, our wish list revolves around the housing market.

And in true holiday spirit—aligning with the idea that giving is better than receiving—we’re hoping to help more people achieve their dreams of homeownership. From first-time buyers to those looking to make an upgrade, seeing people achieve their homeownership goals brings us joy. But in order to do that, we have a wish list of our own. Here are the things that would make us jolly.

It’s no secret that rates have been on the rise. What initially kicked off the hot market frenzy has now cooled it off almost as quickly as it heated it up. At the onset of the pandemic, the Fed began lowering rates in an effort to combat market volatility. While the Fed’s rate isn’t the same as a mortgage rate, they typically correlate with one another. The Fed’s rate impacts the long-term outlook of the bond market which has a direct effect on mortgage rates.

With historically low rates, buyers began entering the market at a record pace and home prices began to soar. Now as the Fed’s rate has continually increased, mortgage rates have followed suit. When rates first dropped and home prices increased, buyer’s monthly payments had a way of balancing themselves out. Now as rates are higher and home prices aren’t significantly lower (they’re beginning to taper off), that all-important monthly payment number is too high for many buyers.

As rising home prices hit the brakes, even a slight rate decrease could make all the difference for some potential buyers. It’s our holiday wish for those rates to come down just a bit. But that most likely depends on…

It’s a safe bet that lower inflation is on everyone’s holiday wish lists. When inflation increases, the value of the dollar goes down, as does your purchasing power. It costs more to buy essentially everything. And as you’ve likely heard many times a day, inflation is high right now.

What does this mean for mortgage rates? As inflation increases, lenders typically respond with higher mortgage rates to ensure that the money earned on interest is enough to cover inflation. As mortgage rates tick up, more and more buyers are being priced out of the market.

The combination of increasing rates and home prices that, despite a bit of a stall in rising prices, still have somewhat high price tags, is making affordability increasingly difficult. When September numbers came in from the core consumer price index (CPI), they showed that inflation had hit a 40-year high with levels not seen since the 1980s.

But the most recent numbers (at the time of this writing) were promising, showing that inflation cooled more than expected in October. The CPI slowed to a 7.7% gain—down from September’s 8.2%—which is lower than analysts had previously predicted. This could be an early sign that the Fed’s campaign to slow inflation may be helping.

For a while, home prices were continuing to climb. In fact, the average price of a home has increased by almost $60,000 this year, with second quarter numbers reporting average home prices rising from $382,600 in 2021 to $440,300 this year.

Besides a higher sticker price, homes have also been selling above asking price. A Redfin report showed that this year alone, almost 6,000 U.S homes have sold for $100,000 above asking price. Knowing that rates were at record lows, many buyers were eager to buy a home and lock in a rate. This led to bidding wars and homes ultimately being sold for well over their sticker price.

But as rates took off and buyers began to be priced out of the market, some home prices have shown signs of cooling off—or at least of tapering off. The key here is some—we haven’t seen an evenly dispersed cooling off—there are specific zones and zip codes that have seen prices falling faster. The West Coast in particular, has seen some of the biggest market cool down in the country.

We’re beginning to see areas with previously skyrocketing prices hit their peaks and taper off. Homes are starting to take longer to sell, which is typically an indicator that prices may need to come down. Here are the areas who have seen the most cooling:

In true supply and demand fashion, in order for home prices to come down, housing supply needs to come up. When there’s an inventory shortage, there are more homebuyers than homes and the competition grows along with the price tags.

Inventory has been an issue for some time now. Even before the onset of the pandemic experts were calling for construction, concerned that demand would soon outweigh supply. This was only exacerbated once the unprecedented market took off and inventory hit record lows.

This sounds like more than a glimmer. What’s keeping us from full excitement? These active listings are due in large part to homes spending more time on the market. With rates rising, and home prices still high, homes are sitting longer and therefore inventory has increased, but this inventory isn’t due to new listings.

We’re hoping for more new listings. At the moment, we’re seeing some would-be sellers who are reluctant to sell after refinancing their current mortgage rate during the historic lows.

The calls for construction continue. We’ve seen some glimmers of hope here as well, after a welcome bounce back in single-family housing starts in August. The National Association of Realtors® reported a 3.4% increase that put a stop to a five-month decline. And with strong apartment demand, multifamily housing starts also increased—reaching its best performance in 35 years.

But when September numbers came in, we saw more declines. Single-family units dropped by 4.7% and multifamily units by 13.2%. Homebuilders are proceeding with caution due to slowing home sales as well as data from the private sector that reflects softening lease signings for new apartments.

The good news for housing starts is that material prices are beginning to moderate and fully completed homes seem to be selling quickly. Many homes that are lagging are ones that are still under construction. Which brings us to our next wish…

Lumber and other material prices coming down

At a time when most of the world was hearing nothing but news about prices going up, as inflation took a turn for the worse, September brought welcome information from the Producer Price Index (PPI) that material prices were actually going down. The PPI reported a 0.3% decrease in the price of building materials as well as a 0.1% decline to the PPI for goods inputs to residential construction. And while 0.1% might seem small, this number has fallen 2.3% since June and is the largest three-month drop since April of 2020.

The cost of lumber is falling too—landing back to pre-COVID levels—after its initial explosion. In the summer of 2020, as many were spending more time at home than ever, remodeling took off. If people were going to be working from home, schooling from home, working out from home, you name it, they were going to make sure their home was as perfect as could be. Two-by-four prices almost tripled pre-pandemic records.

But in September, lumber futures were $429.30 per thousand board feet, which is down approximately one third from last year and over 70% from when prices peaked in the spring of 2021. Prices are leveling off as the demand for remodeling has calmed.

You’ll notice a trend here. What we’re really looking for on our housing market wish list is normalcy. So to anyone who would like to grant us a holiday wish, all we want this holiday season is a normal looking market.

We don’t need all our wish list items—really just a few would have the kind of effect that could change the market and get more homebuyers home. If home prices stayed the same but rates were lower, a monthly mortgage payment could be feasible—and vice versa—if home prices decreased and rates stayed the same, again that all-important monthly payment would be more affordable. If there was more homebuilding there’d be more inventory and so forth... Our fingers are crossed for a healthy-looking market in the new year. 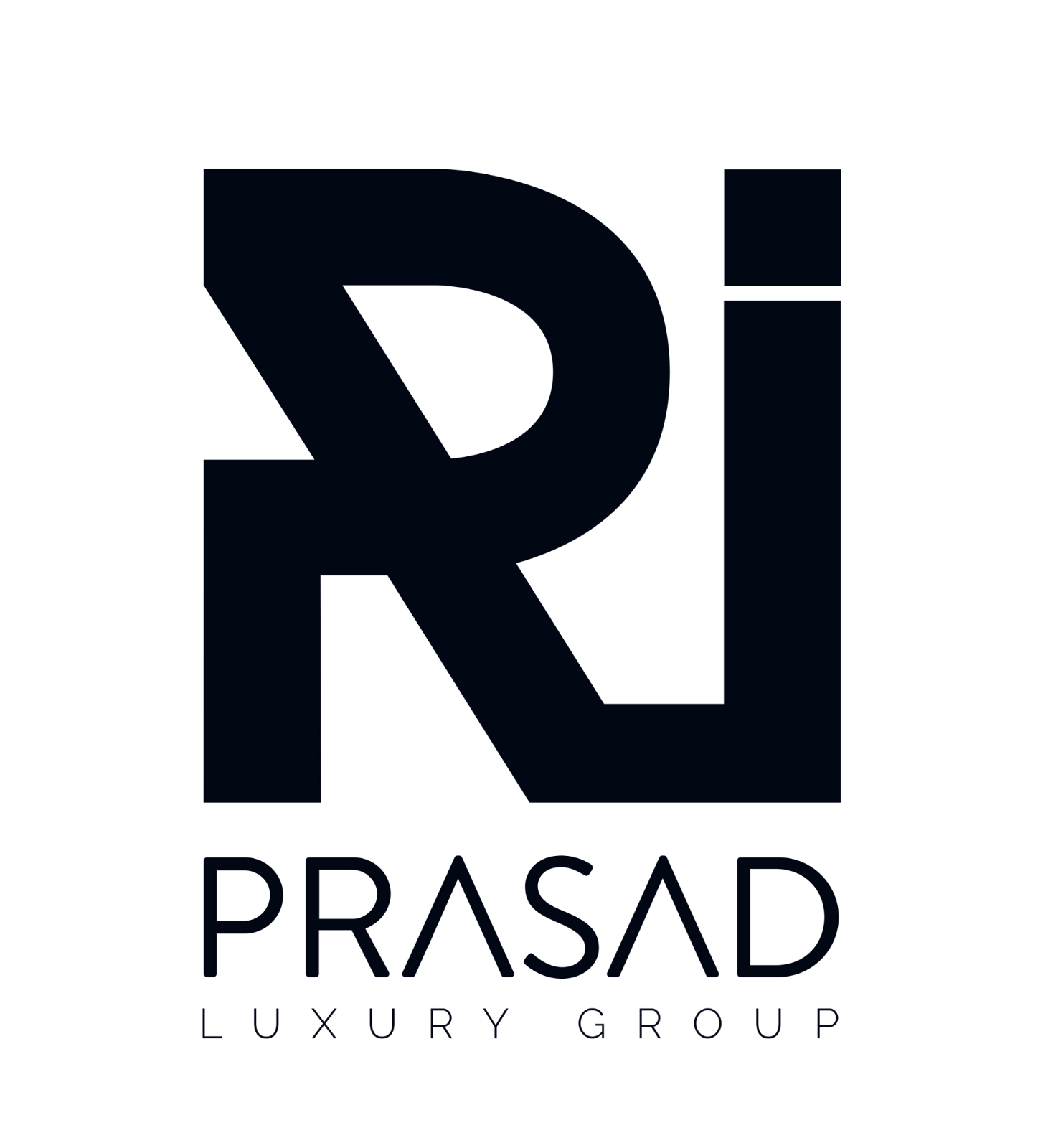 WHO IS RI PRASAD?

We are one of Chicago’s leading providers of comprehensive real estate services. We are home to an ever-growing team of savvy & reputable local realtors who are community leaders, and customer-service-oriented staff. Whether you’re looking to find a new home, sell your home, or invest in your future; let us be your trusted real estate advisors.

“Real Estate isn’t just a profession, it is truly a obsession” - Ri Prasad 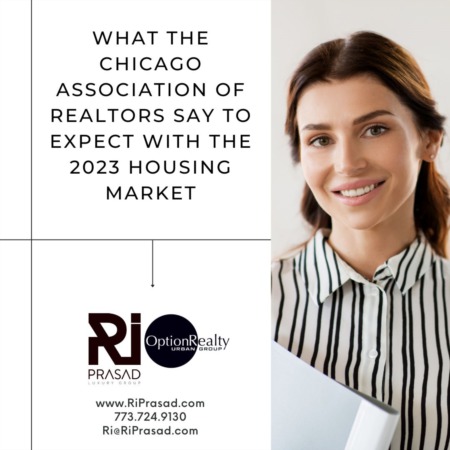 What can you expect from 2023? We gathered our top takeaways from the event to help you get a jump start on the year. Are We Headed Towards a Housing ...Read More 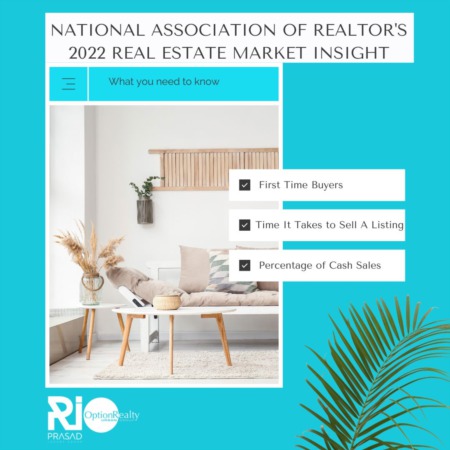 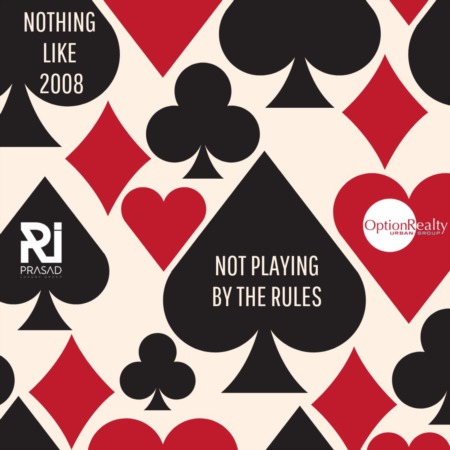 NAR Chief Economist Lawrence Yun draws the distinctions between today’s real estate market and that of more than a decade ago. © ...Read More